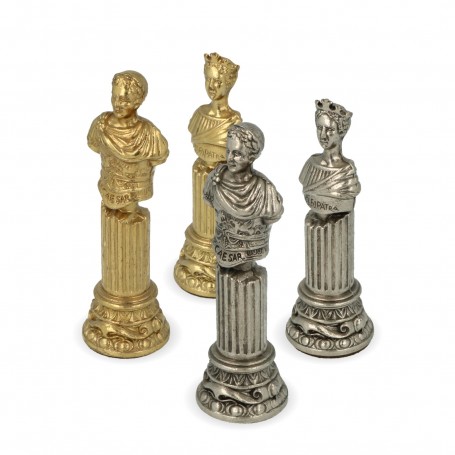 Hand-finished zamak chess pieces depicting the protagonists of the era of Imperial Rome by Caesar, Cleopatra and Marcantonio.

The whites and blacks of the chess are obtained with two working of the zama, a resistant metal alloy that you can also appreciate in our other chess games, which allows a very fine detail evident in the characters' faces, in the drapery of the dress and the armor of the King, the emperor Caesar and his laurel wreath, in the crown of the Queen, depicted as Cleopatra, in the bricks of the Tower, and in all the bases of chess embellished with sinuous decorations reminiscent of the capitals of the towers.

The peculiarity of this game is that all the characters are in fact depicted with the only bust, resting on the typical Roman columns, cut asymmetrically.

Each of the 32 pieces has been passed into galvanic baths to obtain polishing and chrome plating.

On which chessboard would you revive the glories of the Roman Empire and the history of Caesar, Cleopatra and Marcantonio? 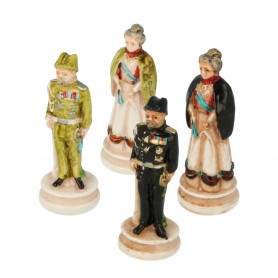 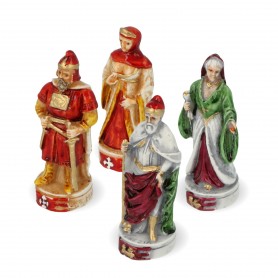 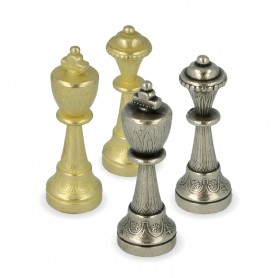 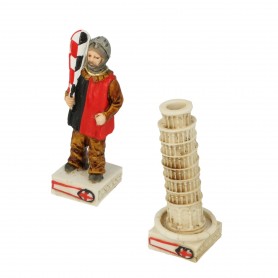 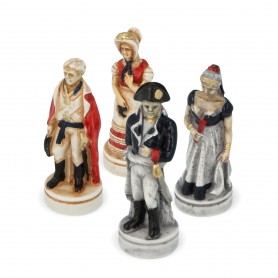