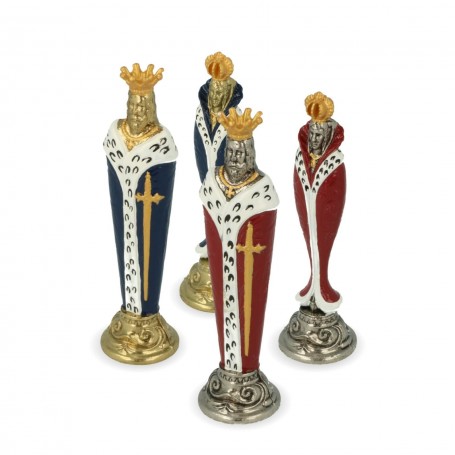 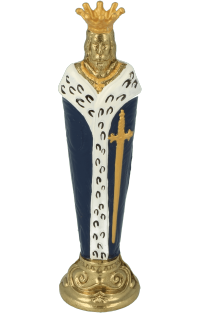 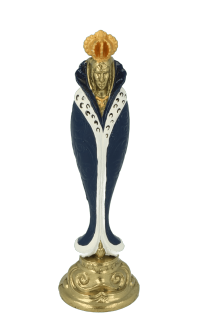 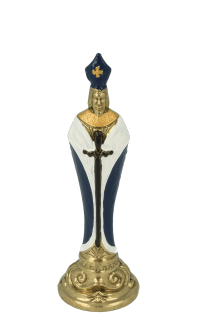 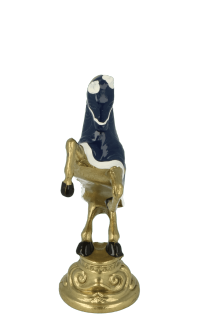 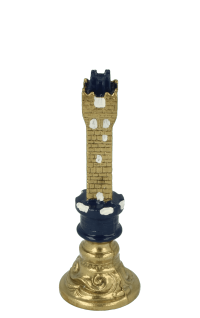 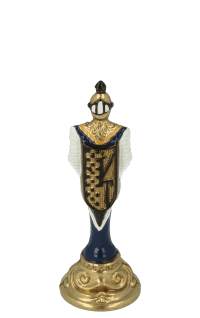 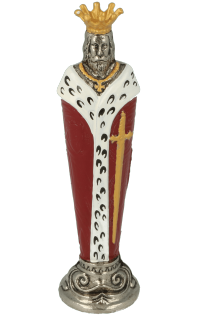 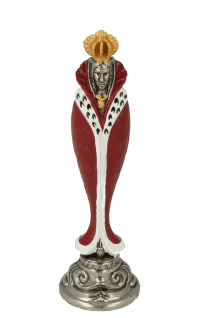 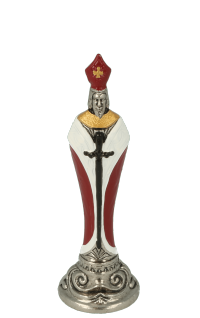 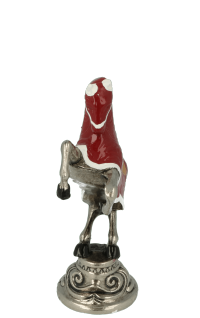 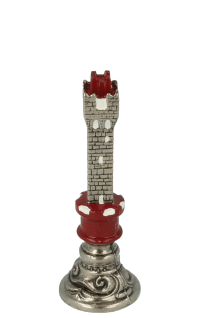 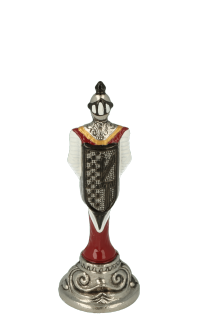 32 zama metal chess pieces, hand-painted enamel with purple-blue painting with arabesque surface in relief in the stylized depiction of the characters and costumes characteristic of the Florentine Renaissance.

They are beautiful details of each piece of these chess, beginning with pawns, which seem to show some "regality", to remember the glory days of the families of the Florentine Renaissance like the Medici, perhaps the most famous of all. The fifteenth century Renaissance in Florence has often been described as the century and the place where the Modern Era began. A new visual language was a result of the culture and Florentine humanism, promoted and disseminated among others by personalities such as Francesco Petrarca, to the fore in the previous century, the XIV sec.

These same chess pieces can also be purchased without the color version, or simply the color of the metal: gold and silver.

They need a very special chessboard, what do you think about? 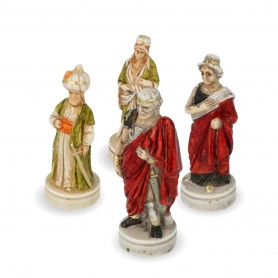 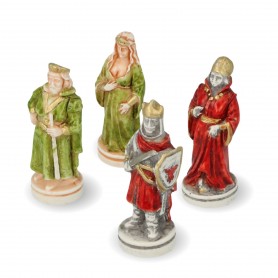 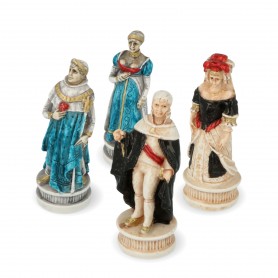 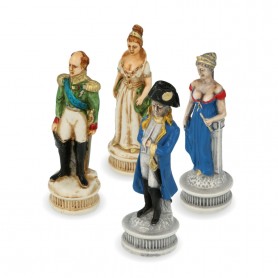 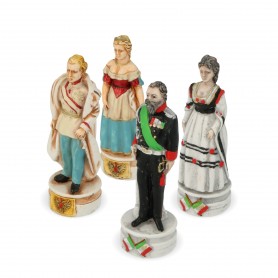