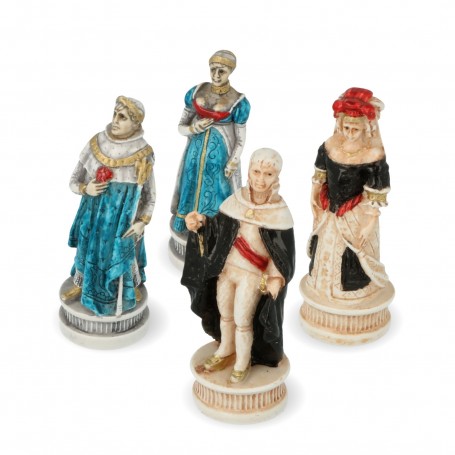 32 alabaster and resin handmade and hand painted chess pieces depicting The Battle of Spain that saw Napoleon and the Spanish general Castaños protagonists.

Napoleon Bonaparte, the King, is represented here with the Emperor's clothes, and the Queen as Paolina Bonaparte. The tower is depicted with an eagle, the symbol of the Emperor Napoleon.

In counterpart the King is the general Castaños. In this chess game the horse is very particular, which is carved on both sides like a horse's head above a base with the arms of the respective church homes.

The tower is depicted as a Spanish castle. The battle ended with the conquest of Madrid by Napoleon.

According to your tastes, which chessboard fits to revive this ancient battle? 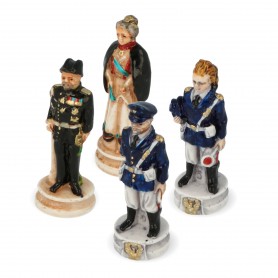 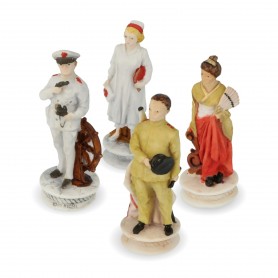 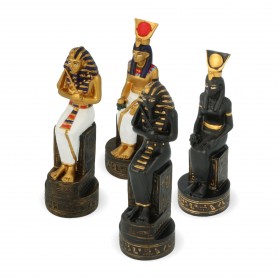 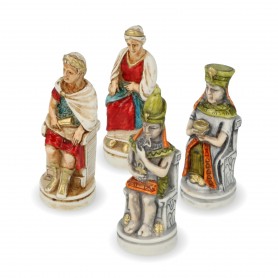 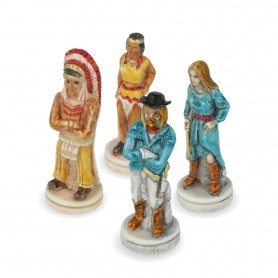